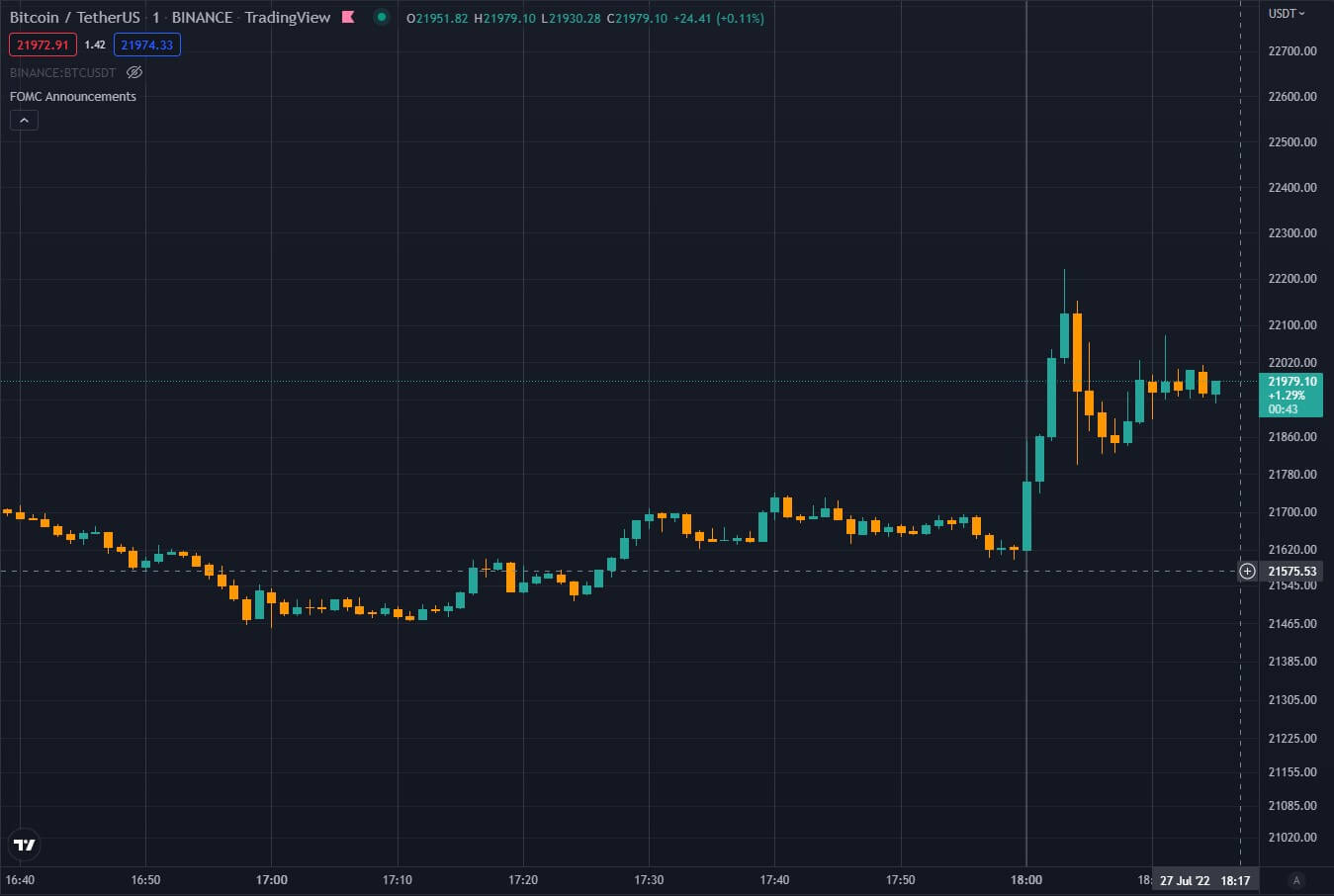 The Federal Reserve, chaired by Jerome Powell, has announced that it will raise interest rates in the U.S. by 75 basis points. The increase matched the market consensus, which some analysts deemed to be priced into the traditional markets.

The crypto markets have reacted positively, with Bitcoin up 3% in the moments after the data was released. Bitcoin’s price had been moving upwards earlier on Wednesday, up 3% on the day prior to the FOMC statement after declining 13% since the local high on July 20.

The price of Bitcoin has risen ahead of the last two FOMC meetings, with the price falling between 15-20% over the subsequent 3 days. However, the previous increases in January and March saw Bitcoin initially fall before rallying around 7% in the days following. The chart below shows the Bitcoin price movement after the last four FOMC meetings.

Ethereum was up 11% on Wednesday ahead of the FED announcement. Its price jumped a further 5% following the release of the FOMC statement reacting more positively than Bitcoin. Ethereum is now up 13% on the day in the moments after the FOMC statement was released.

This is a developing story, and the article will be updated as the fallout of the rate hike comes into effect. 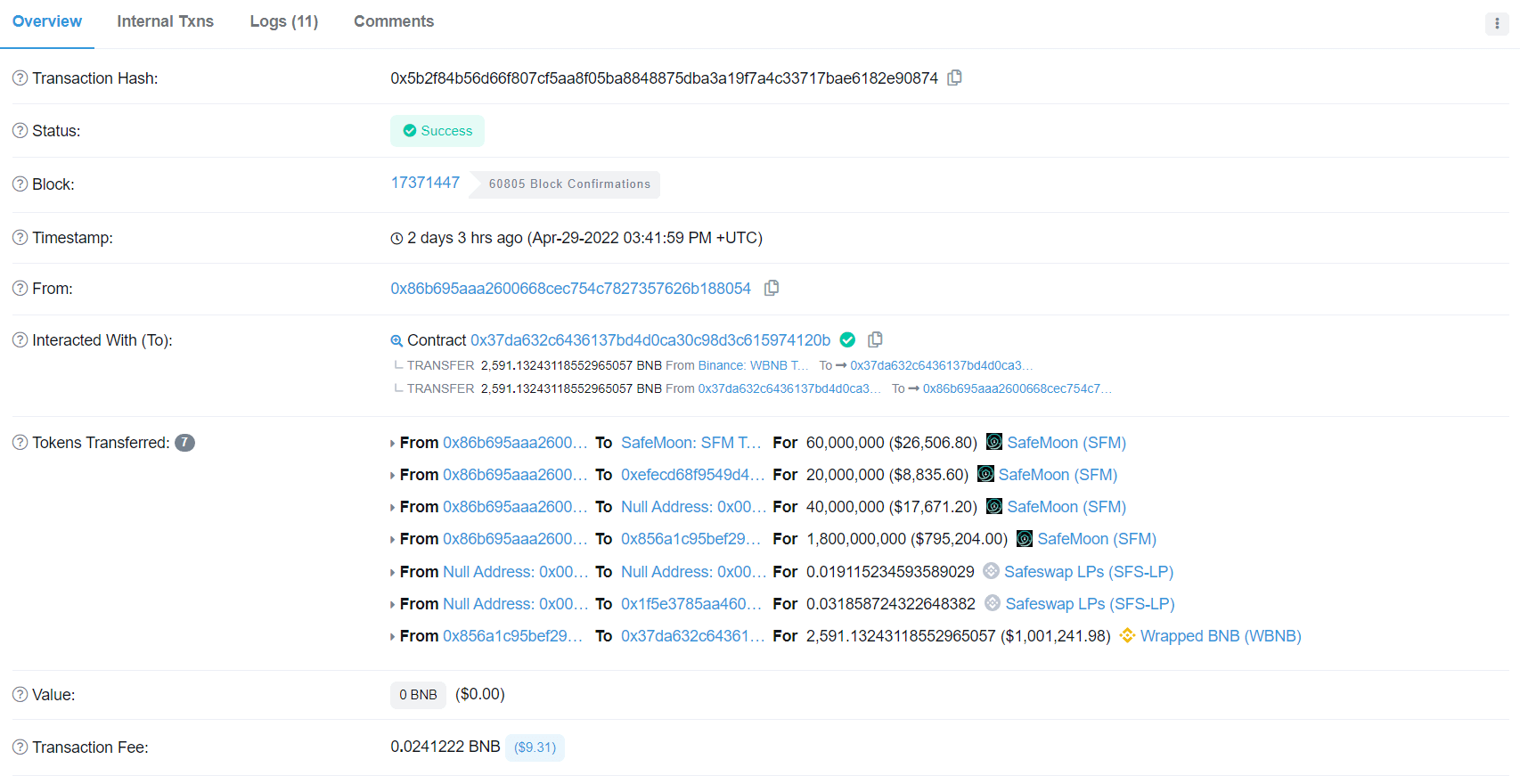 Safemoon is down 96.5% down from all-time high after Coffeezilla’s recent fraud allegations new crypto currency