This is in contrast to rivals, many of which have recently announced staff cuts.

Coinbase CEO Brian Armstrong said on Tuesday that his firm would cut 18% of its workforce (around 1,100 staff) in a bid to safeguard the company from recessionary pressures. He also added that he takes responsibility for overhiring during the bull market, which led to overstaffing.

BlockFi announced this week that it would let go of 20% of its staff (around 170 employees) to maintain profitability under lean economic conditions.

Crypto.com said a 5% cut of its workforce (or 260 employees) was necessary to protect the firm from the current market situation.

Similarly, at the start of this month, Cameron and Tyler Winklevoss said Gemini was cutting 10% of its workers as the market entered a contraction phase.

The firm did not confirm how many people would be affected, but its LinkedIn page states it has just over 1,000 workers, equating to the loss of around 100 jobs.

FTX CEO Sam Bankman-Fried said the company has hired carefully over the years and grown its revenue, not costs. The allows FTX to “keep pushing forward,” rather than scaling back.

12) And because we hired carefully, we can keep growing regardless of market conditions.

Because we exponentially scaled our revenue and productivity, not our expenses.

But more importantly, because each person we add takes on a huge opportunity, and a huge responsibility.

Going against the crowd, CZ tweeted that Binance is on a hiring spree to fill 2,000 positions at the company. He said this is possible because the firm kept a tight lid on frivolous advertising spending.

It was not easy saying no to Super bowl ads, stadium naming rights, large sponsor deals a few months ago, but we did.

Today, we are hiring for 2000 open positions for #Binance. pic.twitter.com/n24nrUik8O

Binance’s Super Bowl strategy was to show ads around the game rather than targeting the more expensive half-time showing, which cost upwards of $6.5 million for a 30-second slot.

It’s all eyes on the Fed as the U.S central bank readies to announce its rate policy decision at 2 p.m. ET on June 15. 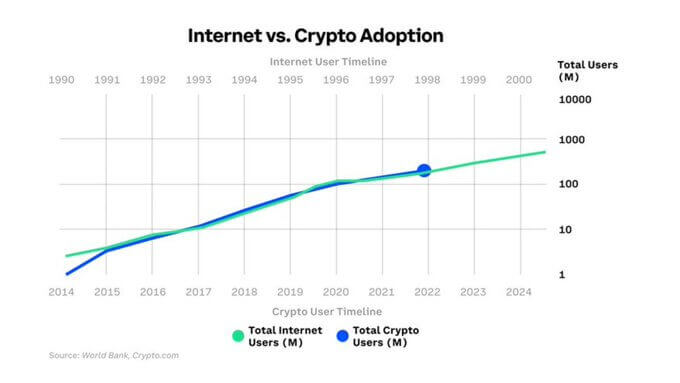