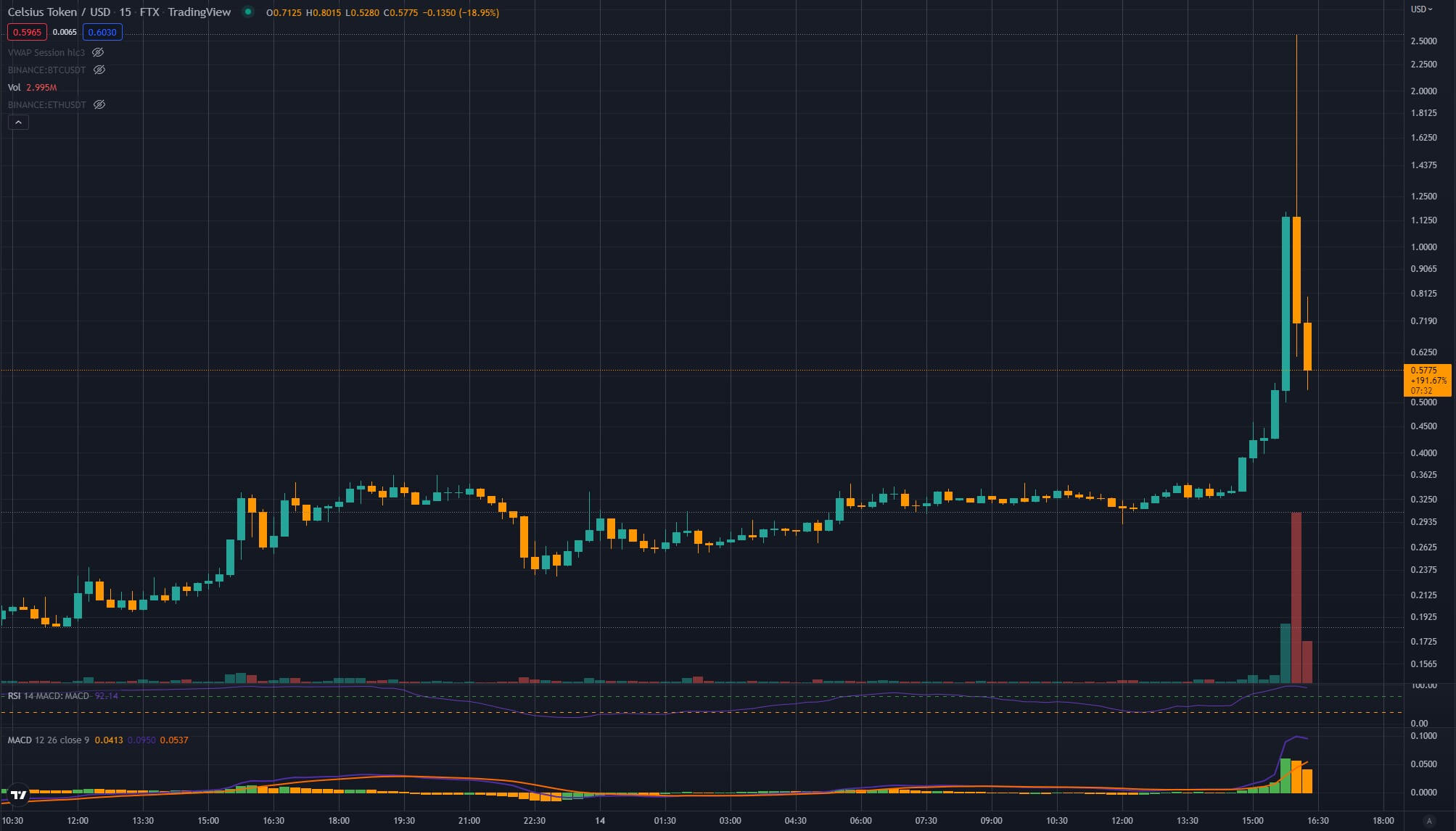 The native token of the Celsius (CEL) exchange just jumped over 500% from $0.33 to $2.56 in a matter of minutes. The token, which had been climbing steadily throughout the day, saw a massive spike in volume and rocketed to the highest price since April 12th.

However, the revival was short-lived as the price dropped back to $0.56 within minutes. At the time of writing, the price is still up 115% on the day, opening at just $0.26.

The surge was not isolated to a single exchange, with BitFinex, FTX, Gate.io, and OKEX all experiencing similar pumps. However, the highest peak was FTX, suggesting a large market buy on the top US exchange.

There has been a wealth of rumors, speculation, and chatter regarding the liquidity of Celsius over the past few days. As the price of Bitcoin (BTC) plummeted earlier in the day, many were watching the Celsius vault on Maker protocol. As Celsius added collateral to the vault to stave off liquidation earlier in the day, this price spike is highly unusual.

The cause of the pump is currently unknown as this is a developing story.

The post Celsius CEL price spikes 500% in 30 minutes before crashing down 75% appeared first on CryptoSlate.