Price of Cardano (ADA) has been unstable following larger market trends. Bitcoin slid upto 20% over the past week and major altcoins followed through. Bitcoin’s revisit to levels that it hasn’t touched for months has caused other altcoins to plummet considerably.

In just 24 hours, ADA nosedived 20% and over the last seven days, the coin posted over 30% loss in market value. ADA has been one of the worst performing altcoins of the month causing investors and buyers to flee the market.

Continued sell off could cause the coin to dip further and rest near the $0.40 mark. Amidst other worrying factors, such as increasing inflation, hiked interest rates and an impending recession, broader market weakness could continue to bother the stability of the crypto industry.

ADA’s price at the time of writing stood at $0.50 which marks more 60% fall from its all all time high of $3 last year, September. The coin has almost noted a 35-week downtrend and the recent bearish price movement has made it nearly impossible for the coin to display chances of rebound. The coin continues to paint extreme oversold conditions.

Cardano was priced at $0.50 on the four hour chart | Source: ADAUSD on TradingView

The coin depicted a downward trend (yellow) affirming the bearish thesis. At the current price level, Cardano might find a support level at $0.40.

Investors might fight that scenario to be a buying opportunity which could lift ADA’s prices upward. In case of a rebound, which looks quite difficult, ADA could target $0.62.

Volume of Cardano displayed a red bar which is indicative of bearishness, it also means that the coin is experiencing sell off at the time of writing.

Cardano had tried to retest its $0.62 level in the past few days but the bears kept dragging the altcoin down. At the time of writing, ADA was trading far below the 20-SMA line. This means that sellers were driving the price momentum of the coin in the market.

After breaking from the downward trend, ADA had briefly tried to rally which had made the coin revisit the overbought zone as buyers gained confidence for a brief span of time as seen on the Relative Strength Index. Following this however, ADA barely recovered in terms of buying strength as the coin continued to juggle between the oversold zone and underbought zone.

Ongoing bearish thesis has dampened the spirit of investors, the coin is currently experiencing a distribution phase owing to a sell-off. 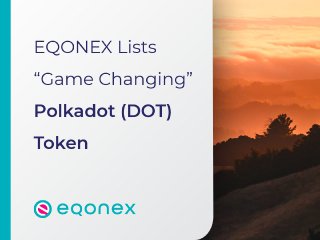 Like Ethereum, but Better: Polkadot Could Be the Secure Future of the Blockchain new crypto currency