The crypto market has turned red even after the latest FOMC meeting. Bitcoin inches towards the $35,511 mark, and altcoins are getting a beating too.

Bitcoin responded to the Federal Reserve’s 50 basis-point interest rate hike by dropping more than 10% in one day, its most significant decline in two months.

Related Reading | Cardano Prepares For Major Update, Will It Be Enough To Push Bears Back?

Most of the crypto market was up early today, with bitcoin hitting $40,000 after yesterday’s Federal Reserve meeting. Other cryptocurrencies that performed well in the early hours are Cardano, Solana, Polkadot, and Avalanche.

The afternoon market dived, and all cryptocurrencies, including Bitcoin, recorded a significant decline. BTC fell 10%, while altcoins also saw a considerable fall.

The second-largest cryptocurrency Ethereum fell by 7.8%; other altcoins also had a major decline. For example, DOGE had dropped 5.4% in the last 24 hours while SAND was down 11.8%.

As the cryptocurrency landscape was bearish last week following a rejection at $40,000, it quickly returned below that level and kept losing value. This resulted in an almost two-month low of under $35,511 per coin.

Bitcoin is trading below its two month low with a 10% decline | Source: BTC/USD price chart from Tradingview.com

Yesterday, it was reported that the asset failed to stay above $39,000 and eventually fell below $38,000 again.

Bitcoin was trading at around $38,500 before the FOMC meeting. The Fed Chair Jerome Powell said the institution would raise the interest rates by 50 basis points (instead of the expected 75).

This news caused the stock market to go up. Bitcoin also jumped to an intraday high of $40,000. As per Jarvis Labs:

(…) the fair price scanner started showcasing potential local bottoming after alerts last night. However, they predict FOMC/trad-fi is more likely to play along for a market relief current week. Any slight dovishness sign and we might see the follow-up. And if not, then further crab or a drop hard. Volatility could go either way.

Unfortunately, the stock market could not hold the spike and started a downtrend. Bitcoin also followed the US stock rally and lost more than 10% of its value. This brings its total market cap above $692.6 billion.

Cryptocurrencies are being affected by the same trend as stocks. Investors seem to be selling off their stocks, causing a “risk-off” trade. This has caused the market for cryptocurrencies to go down sharply.

Despite the several positive news like a DDoS attack against a cryptocurrency busted, Congress is considering allowing companies to include cryptocurrencies in their 401(k) plans; the falling stock market is pulling cryptocurrency values down with it. In addition, the volatility of tokens means that when the stock market goes down, the losses are generally more severe in the crypto market.

Cryptocurrencies are constantly changing. Thursday’s changes seem regular. People who invest in cryptocurrencies might understand that the value of these investments can go up and down drastically. However, as things stand, what has changed in the last six months is that stock market values have started affecting cryptocurrency values.

Featured image from Pixabay and the chart from Tradingview.com

How to Buy UMA | Where, How, and Why new crypto currency 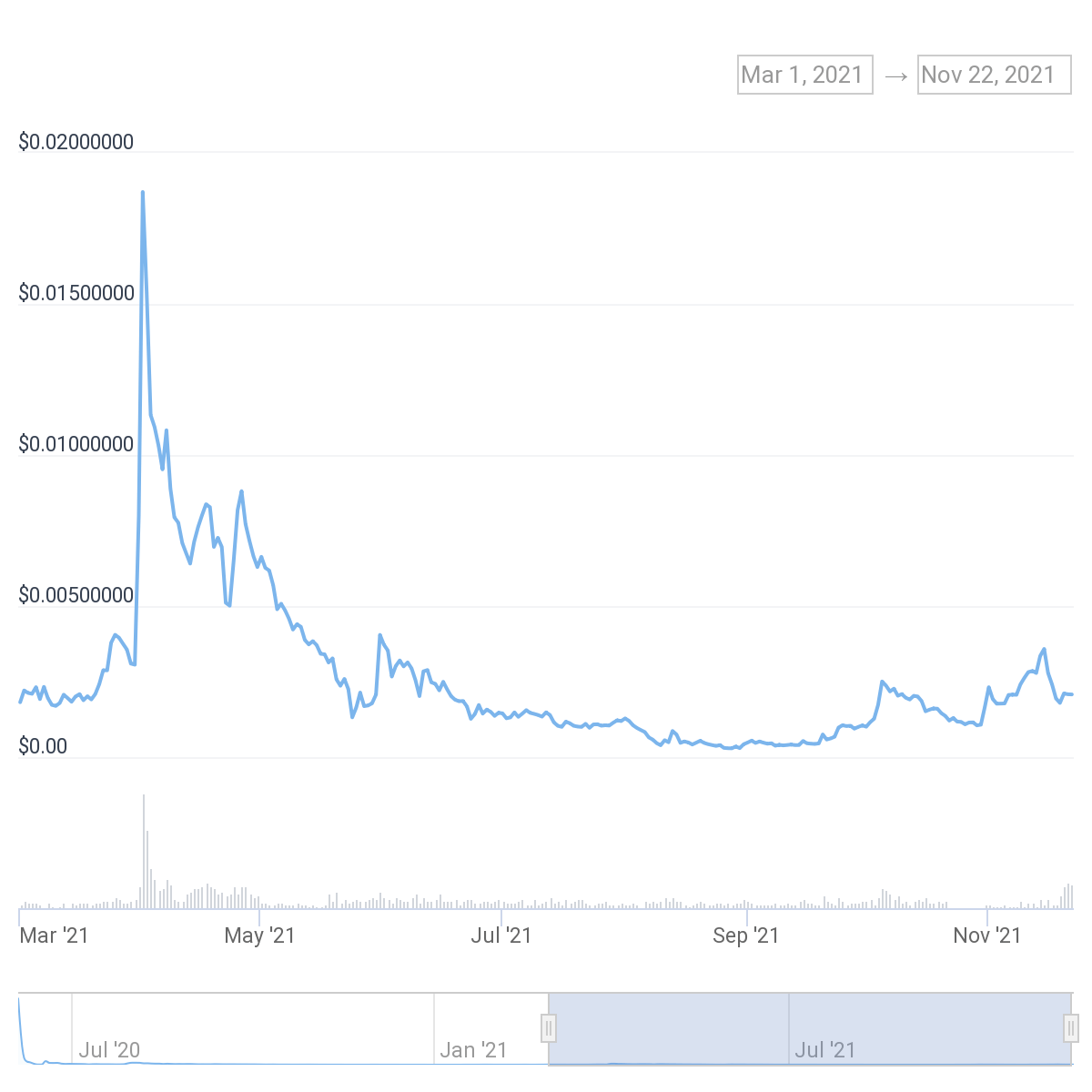