We’ve only been in the new year for a few days, and OpenSea is proving to be NFT’s open sea.

On the second day of 2022, the NFT marketplace, which features some of the biggest blockchain-based collectibles from Bored Apes to CryptoPunks, announced $243 million in sales. The figure went up significantly during new year’s eve. The company made $170 million on January 1 and $124 million on December 31.

OpenSea ended 2021 with a total trading volume of nearly $14 billion. According to data from Token Terminal, the top NFT marketplace witnessed a volume of $21.7 million in 2020, implying that trading surged by a factor of 646 last year.

OpenSea left its competitors in the dust.  According to data from DappRadar, the next largest platform, Rarible, handled $260 million in transactions in 2021.

Only a few niche collectors were aware of the possibilities of NFTs this time last year. OpenSea is now just one of several companies that have tapped into the rapidly expanding market. OpenSea accounted for more than $60 billion ($14 billion) of the $20 billion in NFT revenues recorded in 2021.

Statistics from Dune Analytics, a free blockchain data analytics platform, shows that OpenSea’s daily trade volumes have exceeded $200 million for six of the ten days so far in 2022. In 2022, OpenSea is on the verge of surpassing $2 billion in traded NFTs. Since the beginning of 2022, they have generated over $1.9 billion in trade activity.

Bored Ape Yacht Club was the collection that earned OpenSea the most money in 2021. Bored Apes, which debuted in April and is based on the success of the original generative avatars, CryptoPunks, began a new trend of NFT animal avatar projects. BAYC has seen a trading volume of about 280,000 ETH, or around $1.06 billion, since its launch, accounting for 6.3 percent of OpenSea’s total volume.

While these collections are commanding record-breaking prices, data points to the Prime Ape Planet PAPs and the Bored Ape Kennel Club as potential emerging markets. Time will tell if they have staying strength, but in the meantime, they are contributing to a thriving market and some pretty incredible numbers.

Here Are Some Other Projects To Consider On OpenSea
Metawatches

Metawatches is the first NFT watch company of its sort. The first to bring together cutting-edge technology with high-end art. Fully working NFTs with three separate modes for displaying the owner’s current time: Metaverse, Smartwatch, and Clock. The synergies that exist between art and technology are the focus of these functional NFT artworks. They mix the functionality of a smart watch with the luxury that is currently lacking in smart watches.

The company also collaborated with internationally renowned NFT Artist Kenny Schatcher to create an exclusive collection of ten watches, which are only available through the Nagel Draxler Gallery.

The Moon Boyz are a group of 11,111 distinct characters that exist on the Ethereum Blockchain. Each NFT is one-of-a-kind and 3D-designed, and it includes complete membership in an ever-growing community as well as superb utilities.

The MekaVerse is a collection of 8,888 generative Mekas inspired by Japan’s Mecha worlds.

Mattey and Matt B, two pals and 3D artists who have gone headfirst into the NFT space, created the MekaVerse project.

Featured Image from Shutterstock | Charts by Token Terminal, and TradingView 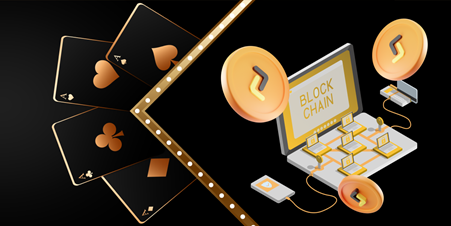