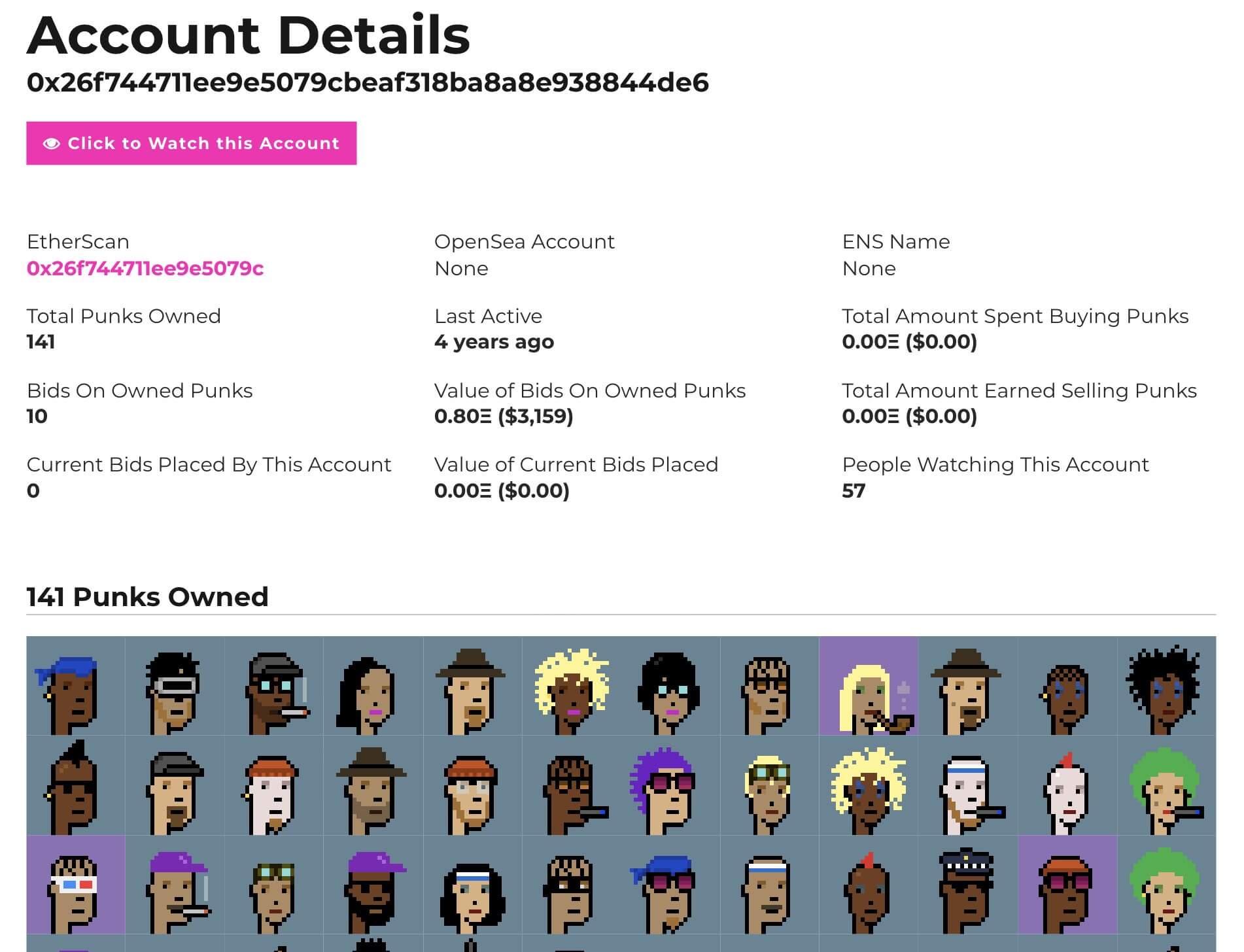 CryptoPunks are among the most cherished and valuable NFTs on the market. Released by the Larva Labs studio in June 2017 for free, the 10,000 profile picture NFTs quickly became popular among the crypto crowd and virtually exploded in value over the years. Today, the lowest price for a Punk currently for sale is 66 ETH, approximately $258 000 at the moment of writing.

But are there really 10 000 Punks available to the market today?

5 Punks are lost for sure

According to a tweet thread by @punk9863, as many as 300 CryptoPunks may be lost forever; five of these are definitely known to be lost due to the owner’s mistakes. Indeed, there are only five known “burnt” Punks in existence. One “alien” Punk was burnt inadvertently by @ArtOnBlockchain, two Punks were sent to the token contract (a grave mistake, in effect burning the token) and two Punks were sent to a malformed address and thus burnt (an equally bad mistake).

The reason why we can assume the rest of the 300 CryptoPunks are lost, as pointed out by @punk9863, is because there hasn’t been any activity on their owner’s wallet for the past three years. “Over 50 wallets that hold Punks haven’t done any transaction in the past 1000 days, including outside of the CryptoPunk marketplace,”@punk9863 tweets. A plausible reason for this is that the wallet owners lost their wallets (private keys).

Four of those wallets hold more than ten Punks. One of them holds 141 Punks. These 50 wallets hold in total close to 300 Punks, including one “zombie,” 26 “hoodies,” twelve “3D,” and five “Tiara.” These are among the rarest types of CryptoPunks and are believed to be more valuable than others. Not all Punks are equal.

Are these 300 Punks really lost? It’s impossible to say @punk9863 tweets, but their owners have not transacted for over three years, although they had an economic interest to at least claim their meebits, sought after NFTs that were given to crypto owners for free.

CryptoPunk #2838 is known to be lost forever.

Nevertheless, the market can only assume that those Punks are lost. At the current floor price for Punks, the lowest price for any Punk, the 300 or so assumed lost Punks are worth something in the realm of 20 000 ETH or about $80 million at the moment of writing. However, many of the assumed lost CryptoPunks are not so-called floor Punks, in which case the total value should be north of $100 million.

According to @punk9863, this may even be a low estimate.”I’ve only taken wallets that have not transacted for over three years into account. Other estimates, based on unclaimed meebits, forecast over 500 lost Punks.”

The post These 300 CryptoPunks may be lost forever appeared first on CryptoSlate. CryptoDragons and the Blockchain: A Match Made in Heaven? new crypto currency

XRP Price Reacts by Adding 15% to Its Value as Former Coinbase CLO, Brian Brooks, Tells Congress to “Let Them In” new crypto currency

SHIB Recovers to $0.000073 After 22.4 Million SHIB and 8 Million DOGE Were Liquidated in Past Hour new crypto currency